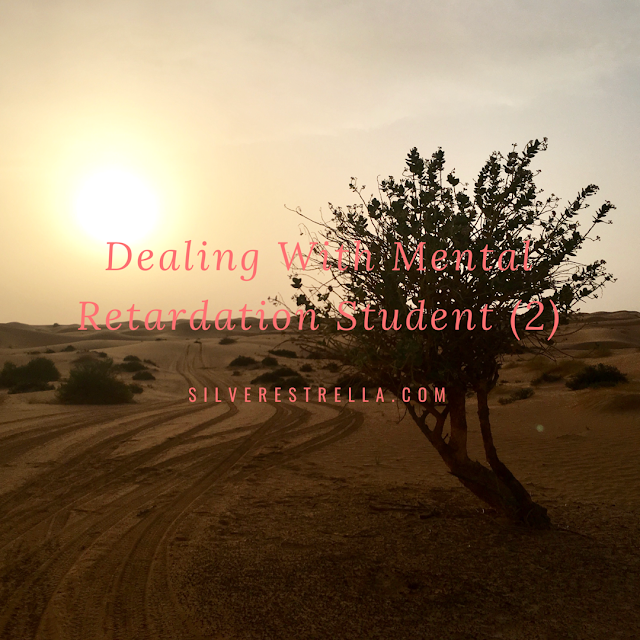 It's the third week of my class with this special student. Basically the third meeting with him. My first impression is written here if you haven't read it yet. I am trying to keep update about teaching him here because he is so special for me. Definitely, he is.

I can see that he work so hard for that. So at that moment, I realize that I have to say things that he can and have to memorize because I can't ask him to analyze things logically. It's hard. So I keep trying to say so many things to make him memorize that, with a hope that it will work.

On the other hand, he couldn't do any addition and reduction using negative integers too much. He could, but only if the number is small. I struggled to say and explain that. But he finally get used to count it with a help of a tool.

Today, the third meeting, I asked him what did he learnt yesterday. I always do that, even though many times he said he learnt natural science (natural science is the class a day before maths) but I always do that. I want to know what he thinks about other subjects and I asked what he learnt in languages classes as well. I can see his enthusiasm in those and asked which part that enthusiast him so much. What surprised me today that he said he studied maths last night. WOW. I was happy to hear that. And when I asked him to answer all of the questions about previous things, he did it very well and all answers are correct. He was able to do the reduction and addition using negative integers with no mistakes. I said "Wow, you did a very good job today. Your answers are all correct!" then he said "YESSSSS!!!". His YESS somehow made me flattered that show me how happy he was when I gave him a compliment of his hard work. And hey he can finally say that negative 3 is bigger than negative 5. It's a big progress! 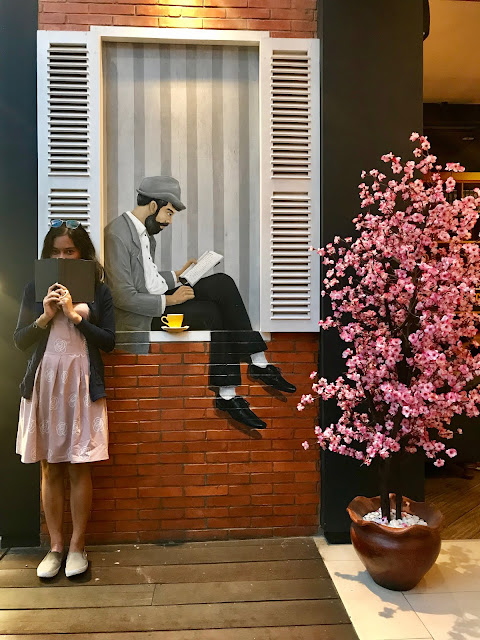 It may sound usual and nothing. Yes, it is, for students with IQ above 90. But he is not. That is why it is special and struggle in telling him things.

He likes to tell the story and I  like to ask him everything like what colour he likes, what movie he likes, how many friends he has, what kind of sports he likes to play, and it is cool to know that he likes to see old buildings but without any ghost 😂. It was fascinating when he asked me "Is Niagara hotel haunted?" 😂 It is recommended to give a break in the middle of class, and my break usually showing him about old buildings. Trust me I have a lot (well some of them are H's pictures of course lol). Beside, I can tell him the little history of that. I showed him Hotel Majapahit and Ayasofya today.

Another surprise he asked today is "What is haram?" Boy this is a mathematics class, not agama class 😂 But I did give him answers 😎