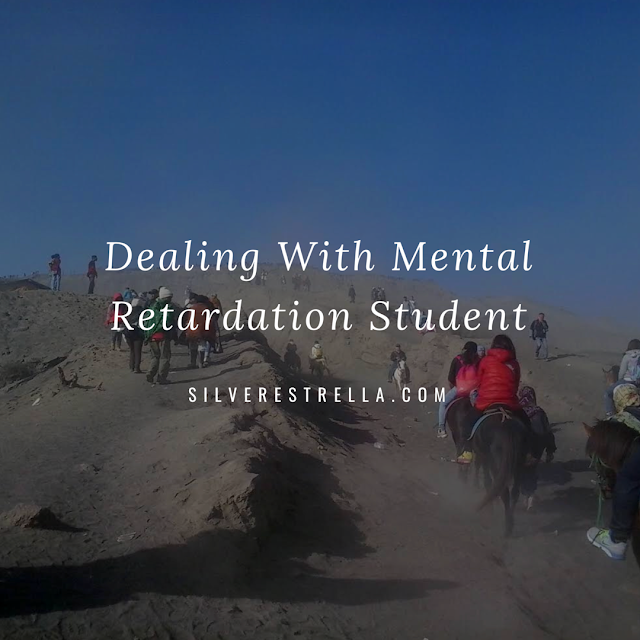 I am back. Teaching mathematics classes and handling home-schooling students. And one of my students is having a mental retardation. His IQ is only 64. For standard normal IQ will be at range 90-120.

I was warned by the owner not to teach things too fast. Because he will not be able to follow what you say. Just do it slowly and get his attention first. To be honest I was nervous because this will be my first time having this kind of student. It will be a big challenge for me. I didn't even know how to start the class or what should I prepare.

But, I consider myself as a lucky one because he is so sweet, friendly and showed me enthusiasm even though when I asked what did he remember about previous mathematics he only remembers KPK, FPB, multiplication table, and a few of math formulas.

It's for the 7th grade student, I had to teach him integers (negative and positive). It's definitely his first time learning about negative integers. A challenge came when I tried to tell him those negative integers always smaller than the positive ones. The problem came because he can't imagine anything. It should be a real thing in front of his eyes. Don't ask him to imagine "let's imagine that you have money this much and then you have debt this much", no that wouldn't be a good way to teach him. I found it difficult to hold myself not to ask him to imagine things.

But when you asked different things like what are the numbers between -5 and 4 or about temperature, he couldn't do that yet. Funny thing was when I asked him about the temperature. I told him if the temperature close to 0 or below 0 that means getting colder. I showed him the picture of two thermometers with red and blue color and asked him which color he like more. He said blue. So I asked him to look at it. It showed -20 celcius while the red one was 40 celcius. I told him the blue one is the cold one and the red one is in Jakarta, hot. He said 'Ohh so that means if red is hot. Yea Jakarta is hot'. Well, yea so far so good. 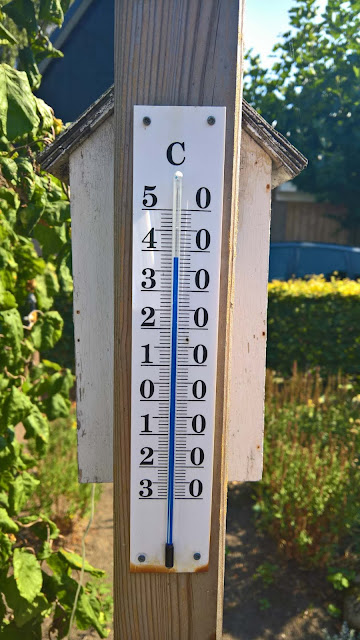 I took my phone and showed him the weather app, I always have Pandaan, Malang, Kandahar and Delden daily temperature. I asked him if he knew what is Kandahar or Kabul, he said he didn't know it. Then I put Amsterdam there and he shouted like "OH I KNOW Amsterdam!! It's the capital city of Nederland right??" OMG it wasn't him who was so happy but me lol. Because he showed me how enthusiast he was and tried to learn harder even though I know math is not really his favorite.

And you know when you already got his enthusiasm, the learning process will be a little bit easier (on his condition). So he played on my phone (which I never let anyone did that), he tried to compare the temperature for the cities I set there. But funny thing was, my class was around 9-11 and Amsterdam was only 2 or 3 in the morning that made the app showed you a dark interface. So he focused on "Oh now it's dark in Amsterdam? Will it be rain there today? Is it cold now?" (dalem hati 'lu kira gw dukun nak?') That is why I asked you to look at the temperature kid, so you will know if Amsterdam is cold enough or not. I showed him some temperature that my father in law always sent me to show me the weather and he got so enthusiast and even want to see old buildings but not the haunted one lol.

We were a little bit random. I tried to follow what he wanted and he did to get his attention and enthusiasm for learning. His watch was ringing at 10.30 sharp and told me "Oh time is up!" lol.

I like to teach him. He really gave me a new thing to learn. He will definitely make me super patient lol! His enthusiasm and not easily giving up is really something.

So if you happen to teach this kind of student, make sure you have a bunch of patience and don't try to push the student too hard. Attract what they really like and show him that he is doing good in class. An important point you should remember, this kind of students could never imagine things so you have to present a real thing instead.