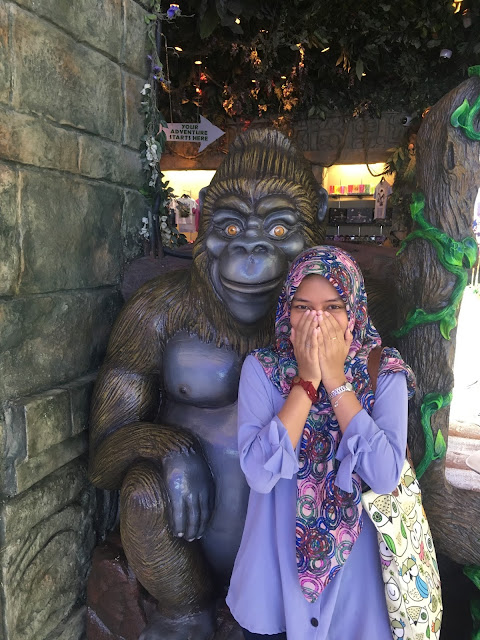 Now since we live in 'social media' life, everything can be exposed online whether you like it or not. We can't deny that social media take part in our lives. And most people love to 'share' their life on social media. Some people share even the detail of their lives but some are use it only for fun or limited.

The thing is, when everything are exposed, it means indirectly you give 'permission' to them to criticize your life or let them leave comment on your life. And most problems coming from irresponsible people who doesn't even watch their mouth.

Few months ago, a rubbish online media misused my picture with H for something that wasn't even our own story. They use it for unrelated picture and story. Apparently the story was about Indonesian girl (TKI) screwed a white guy, got pregnant, but married her Indonesian husband to cover it up. They blurred the picture, so it make us like the real subject of the story. And the bullies coming along.

Some friends realize that it was my picture and they called me. So I took action, asked them to take it down otherwise I am going to sue them for misuse my picture. Long story short, some people on internet start to bully me. They said that I am such a bitch that screw a white man and ruin another man's life for being pregnant and lied. Most of all, they are focused on my hijab I wore on that picture. You know how it goes...?

Some people send personal message and said as if they were right and they knew everything. But they absolutely didn't.

What did I feel that time? I felt humiliated. I was just sharing what I love and it's like a diary of my life and also hobby as I love to write. So I took time off from blogging or sharing things. I do realize that it was also my mistake in a way by sharing my personal life, perhaps it was too obvious or whatever it is. But it is giving them chance to talking bad about the life that they dont even know.

We can't really blame them because the things we did was also one of the reason that triggered it up. But it makes me think how not to believe in anything online without doing small research before. At least to make sure that the news isn't fake or hoax. People love to share phenomenal news anyway.

What concerns me is : you'll leave scar for people who are being accused. You might enjoy when you are accusing and talking back as if you know everything about what you are talking about, but nope. You are wrong. What had happened to me was a small example. If I have no big self confident or being someone who are too sensitive, I might committing suicide soon afterward. But I can still feel how painful it was when people try to say what is 'right' based on their opinion and telling me what to do right. I don't give a shit anymore, but the pain remains.

We basically know nothing about other people's lives, right? Imagining how's life would be without having negative comments from people haha! Since I know how it feels, and some of my friends bring the pain forever and can't forgive what they did to them.

So.... watch your mouth people! If you know nothing, then say nothing 😄