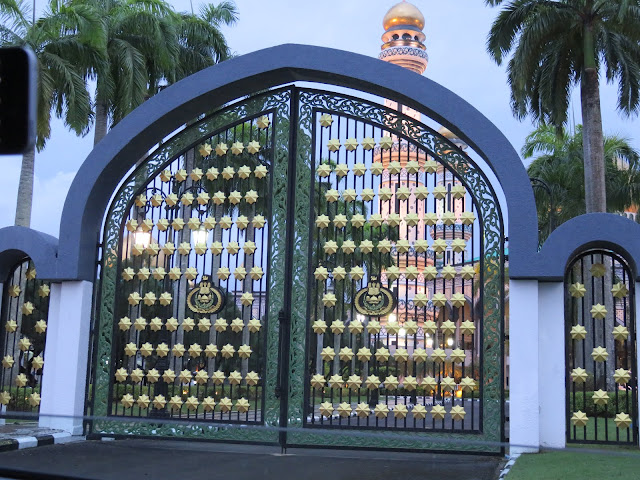 So, canceled our flight back from Bangkok to Denpasar with Thai Airways, then try to find other flight back with reasonable price. I remembered that I was browsing for Royal Brunei before I fly to Bangkok and the price is the cheapest one among other airlines. We can’t really say this is a budget airlines but also not as great as other airlines. It was ok, almost same like GA without movie screen. So it’s like in the middle.

We found one flight (apparently they have their own flying schedule) from Bangkok to Denpasar on 9 January (we planned to get back on 8 Jan) with layover in Brunei for 4 hours.

I read about layover in Brunei and it seems that we can see the city for 2 hours. So let me tell you, Brunei airport is small. I need less than 20 mins to get out from airplane until immigration. Literally get out to the taxi spot. The immigration staff was the friendliest for me. He asked me where to stay in Brunei because I didn’t write any and I told him that I just transit for 2 hours to see the city. He let me pass, but H need more time to pass. That guy wasn’t sure that we can make it because it seems too short but H said that he want to see little bit and back in time so he stamp H passport.

Immigration was divided into 2 spots, for ASEAN passport holder and Non ASEAN. It get so extremely quick to pass the immigration. No lines to queue up (even when we get back to airport, we both the only one at immigration service). We were so happy no lines like in Istanbul or Bangkok or Bali.

And we were looking for money changer. It was in departure area. Departure area is upstairs, arrival is downstairs. I think that is the only one there. Then we rent a taxi for 2 hours to take us everywhere to see the city. It cost 70 dollar Brunei. He took us to Hasanil Bolkiah mosque where it has gold on its top, Omar mosque, Grand palace (to take picture in front of the fence), night market where we ate tasty sate and hear Jaran Goyang song (dunno who is the singer), passing the new bridge, stop at city center that was the quiet place for me. Population only 400k people including expats who works there. So small. 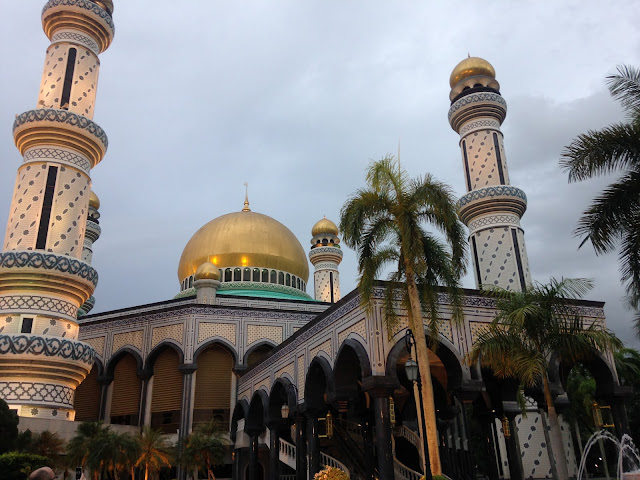 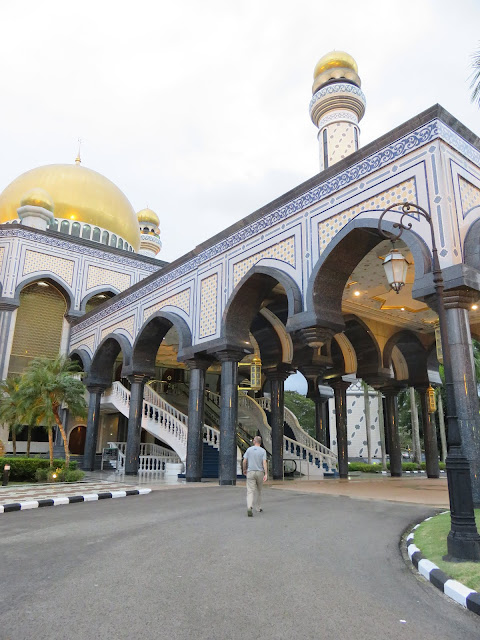 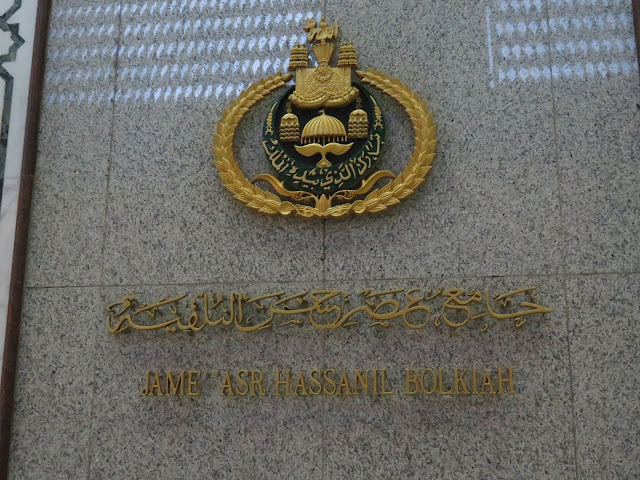 So small city, clean, green, no pollution of course, no traffic, really nice small city. I think it even smaller than Singapore (expensive as Singapore uh).

Not everyone know about Brunei. I also didn’t expect that I would be there even for 2 hours only. We met strangers in Ubud and we told them about this, they were like ‘Where is it?’ and I said ‘A small rich country where you don’t need to pay taxes if you live there’. 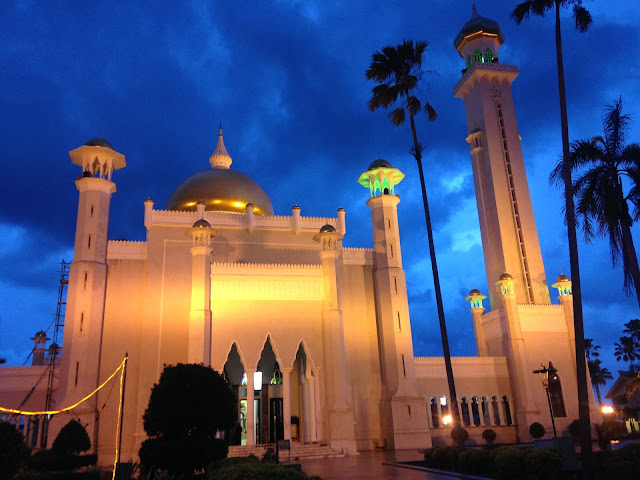 I never expected to be there. It is small country, as expensive as Singapore, but so quiet at night, like almost no attraction there. Funny thing was when we were in Omar mosque and I need to pray (maghrib), I was washing my self and don’t know where to go, I asked a guy in English and he seems doesn’t understand so I speak mixed Bahasa and Malay. He showed me, not so clear but I walked there. Then I asked another guy and he said ‘Sebelah sini nduk, lewat sini’. I said makasih then I stopped and think ‘NDUK????’ I found it only in Java lol

Oh yea the language accent is closer to Bahasa than Malay. I can understand when people talk Malay, I just don’t want to use it. And there, in Brunei, it just like talking to each other using Bahasa. During this 2 hours layover, I saw road signs and everything written in Arabic or Malay. It’s like double, like in Malang some road signs are written in Bahasa and Dutch, in Central Java written in Bahasa and Javanese (hanacaraka). So it’s quite new for me to see Arabic and Malay.

It was fun for two hours. Was amazing short tour.