May 22, 2016
We attended the wedding of my cousin. She is the first one who got married among us (us means grandkids from mami and papi). She is 2 years younger than me. She knew her husband since long time ago. I don’t have too much comment on her wedding. It is just normal wedding that was held like other weddings. They both ‘ijab kabul’ at Chengho mosque. Around 8 we arrived there, but still have to wait and I didn’t who what we were waiting for. Had the ceremonial for around 10-15mins then they are officially married, and become husband-wife officially. Happy for them.

Then we took some photos after the ceremonial, and we went back to her house for the next traditional ceremony. It is called ‘temu manten’, where the husband and his family come to the wife house like we can call it “asking permission” to take his wife out from her parents. Or something like that, hmm I cant really tell the ceremonial because Javanese ceremonial always so sacred. But people nowadays just don’t do it fully because it will takes around 3days or more. Syusah tanteeee

Something that I like from wedding of my family member is gathering. When all family are gathered together in one special moment. This is so difficult to do if you don’t have special moment to gather with all family. So yeah this is the moment to take a lot of pictures of family hahaa (but I forgot to take a lot picture of the bride and groom hehehe). I have it, better than nothing.

Hmm I am not really like to tell the wedding because it is the same with others so yea, will just upload pictures here. One more thing for my cousin, I hope you will have a good life with him. Sincerely hope that he will be the one for you and you will be the only one for him. Be a good wife for him, take care of him and your kids later. May Allah bless your marriage life and your family life, always. 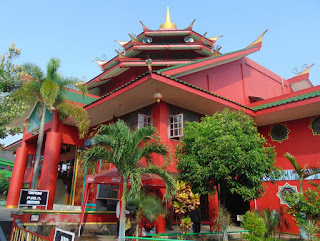 Chengho mosque where they had ijab kabul 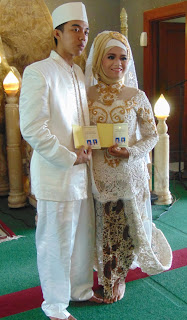 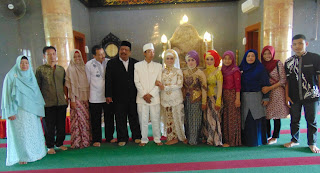 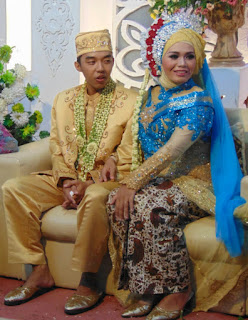 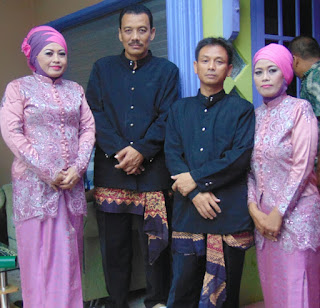