Eyes with a hope for future

Last night, my boyfriend told me about a woman came to his office and (maybe) asked them to looking for her son. Her son disappeared and she thought that her son was taken by militia. My boyfriend don’t have access in that area, but I don’t really know about it because he works in war area and getting access isn’t that easy.

Seems that woman needs money. But my boyfriend can’t give her money because he doesn’t allowed to give it. He want to but he can’t. Moreover, he was sad because he saw that woman with her daughter. Her beautiful daughter with big eyes. He feel pity to her daughter. He feels like want to take her daughter and bring her away from her country, give her best future outside her country. That was I think about, adopt her, but again he is not allowed to.

I can imagine how to live in a war area. Only imagining since I am not working there. Alhamdulillah I live in a safe country, peace, although we never feel peace when we know that there are a lot of corruptors here, but yeah at least it is a blessing for me. It’s different with my boyfriend. While the thing I can do only imagining, he see it every day. Working in war conflicted area and seeing poverty, war, kids with no future, I can imagine (again, only imagine it) how hard it is. It sometimes like an irony. War happen every day, teenagers bring AK47 as if it is a normal toy for them (it’s gun, a real gun, but seems like a toy for them), little kids with big eyes smiling playing around with friends while their area is not safe, and we are here debating or quarreling with two faced colleagues at company *I should write about this too*.

He sent me photo of them few times, different kids but their eyes still the same for me. Eyes with a hope for future.

While I can only imagine it and talking about it with friends, discuss about it in a coffee shop even write about it in my office desk, my boyfriend, he see it with his own eyes and experience living around with them. He knows how hard is living there, especially for kids. Why I always talk about kids? Because I concern about kids. Best education they have to get to build their future, their environment, their country, their life, and they need to be educated for that.

I can do nothing for them there. I wish they have strength to live there. It’s so pity they don’t have a chance like other normal kids. For them, going to school is a luxury that maybe they can’t get in a closer time.

But still, their eyes are always hoping for the best future. 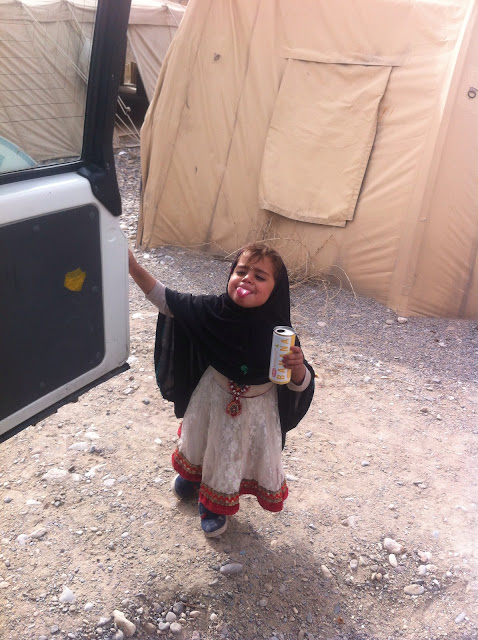 Sticking out hers to my boyfriend ❤
This girl in picture isnt the one I write about here.